At 23 years of age, Nathanael is a graduate of Penn View Bible Institute with a bachelor’s degree in intercultural studies and has served internships in Hungary and Taiwan. Gradually, he has been filled with a passion for overseas mission work. He is currently preparing to depart as a short-term missionary in Taiwan and will be mentored by the Blacks.

From his childhood days Nathanael enjoyed listening to visiting missionaries and hearing their stories, though he did not think he could ever be one. While in college he made missions the focus of his study. During his internship in Taiwan he was greatly impacted by the culture and people. As he continued to work with the people and mission, Nathanael felt God place a special interest within his heart for ministry in that country. While there he developed skills and found ways to serve that he had never considered. Now with his formal education complete, he is anxious to return to Taiwan and work within the growing national church.

During his term Nathanael will be serving in numerous areas such as working in a new church in Kaohsiung and with small group Bible studies throughout the city. He will also develop study materials for children, youth, and adults. During this period he will be studying the language and practicing it with the Taiwanese people.

English has become a great way to connect with people. It is a two-fold opportunity: to be able to present the gospel message and to teach a language that is spoken throughout the world. Teaching has become a joy and a challenge as Nathanael has experienced the labor it takes to share valuable knowledge.

Through his ministry Nathanael hopes to spread the gospel in this part of the world. Thank you for supporting Nathanael Bundy as he serves short-term in Taiwan! 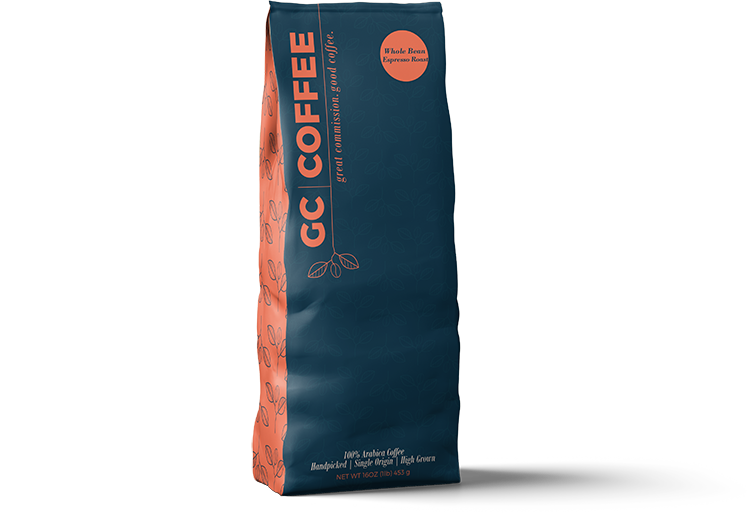 Support Nathanael
buy gc coffee
GC Coffee is sourced by Melton Trading Co., who work tirelessly to ensure the excellence of every bean. The coffee is grown in the mountain highlands of rural western Honduras at elevations between 4,000 and 5,000 feet. It is single-origin, 100% organic arabica coffee and is hand-cultivated by local workers so that we can bring you the best coffee experience. These beans reach full maturity completely free of pesticides and chemicals before being hand-picked by local workers. This natural environment gives our coffee smoothest flavors and delicious undertones imaginable!
our coffee
shop fea